The Global Learner is Self-Directed

In early 1999, Sugata Mitra and some colleagues sunk a computer into the opening of a wall in New Delhi, India. In the nearby slum, people were desperately struggling to survive. The screen was visible from the street, and the PC was available to anyone who passed by. The computer had internet access and a number of programs available, but no instructions were given for its use.

What followed was astonishing: children from the slum were glued to the computer. They couldn't get enough – they explored and learned.

In another part of the world, in Limpopo, South Africa, 10 years later teenager Ludwick Marishane and some friends wondered how they could avoid taking a bath. When Ludwick researched the topic using only his Nokia 6234, he found that the sickness trachoma, which can leave you permanently blind, was caused by not washing your face. So he proceeded to come up with the formula for the soap that became DryBath. He developed a 40-page business plan, and got the patent for his soap using only his trusted Nokia 6234. Ludwick had innovated a product that would go on to have a large impact on the global community.

These are global learners: driven by change, seeking knowledge wherever they can find it, solving complex problems ... innovating. They are learners with little or no constraints from the way they were taught how to learn, who throw themselves into the process with a deeply rooted curiosity and a lust for learning. An approach to learning which is iterative, circular, and self-directed. These learners had all the time in the world to learn. That the “material” was difficult to access was no hindrance to them.

But in global corporate organizations, we do not have that much time. Learning is a competitive advantage closely related to innovation. For global corporations, learning resources are scattered around the world – internally as well as externally. Due to the accelerating speed of change in our mobile workforce and the resulting need for learning, we need to make learning more globally and easily accessible.

The first step in doing so is to increase access flexibility – the choice of platform, device, and apps, as well as availability. However, to make blended learning globally accessible it also needs to be localized. Cultural differences need to be considered when developing material and when facilitating discussions, whether in the face-to-face classroom or online. Global learning is social, emotional and environmental learning, and communication across cultures needs to be improved for the exchange of knowledge to be successful.

Time should also be considered when localizing learning resources. In particular, pay attention to its relation to virtual learning, as well as differences in political systems, religious aspects, history, economic development, and geography.

When assessing differences, we need to take into consideration both what we believe are good learning resources and what the relevant cultural group we’re designing and facilitating learning processes for believe are good learning resources. The goal is to choose material that the learner can relate to, since groups from different countries can see the same visual material and yet have completely different responses to it. For example, a group of American and Japanese students were shown pictures of a fish tank with a focal fish at front, background fish, and overall context (Nisbett, 2004). The students made about an equal number of references to the focal fish, but the Japanese students made more than 60 percent more references to background elements, including the water, rocks, bubbles, and inert plants and animals. Perhaps most tellingly, the very first sentence from the Japanese participants was likely to be one referring to the environment (“It looked like a pond”), whereas the first sentence from Americans was three times as likely to be one referring to the focal fish (“There was a big fish, maybe a trout, moving off to the left”). These differences in perspective can affect how material is received by learners.

How will you incorporate cultural differences when designing a visual learning resource?

There are other cultural differences that you may not have realized. Reading direction, for example, differs across cultures. The Arabic language is written from right to left, whereas English is written from left to right. This doesn’t sound like it should cause confusion, since one language is not easily mistaken for the other. However, if you consider using a number of “neutral” photos to tell a story, you also need to consider the reading direction of the cultural group carefully. Have a look at this example. Does the story change depending on the direction you read it from?

How will you incorporate this cultural difference when designing a visual learning resource?

Americans will often exhibit a relatively high tolerance for uncertainty in adjusting to vague directions or generalized case studies with few details. Japanese people, however, tend to be less tolerant of uncertainty and may seek every detail of the instructor’s expectations and the case study context before agreeing to proceed.

How will you incorporate this cultural difference when facilitating in the room or online?

In a seminar on change agency in Japan, the facilitator, who was American, queried the participants on their response to change. One senior member of the group quietly offered, “The Buddha teaches us that we are all on a path that winds through life until we inevitably perish.” Another responded, “Change has nothing to do with us. It can't be helped.” By contrast, the American sense of agency that as individuals we can make a difference, that we can apply models and anticipate outcomes, is quite different, and affects our perspective on what we deem to be important actions. (Bennett, 2009).

Evergreen research by Guskin (1991), suggests you ask yourself the following questions when designing learning resources or facilitating learning processes for global learners:

Learn how to master today's hybrid workforce environment to meet the needs of all your global learners with our Hybrid Virtual Training Course - in just two 2-hour live virtual lessons in one day! 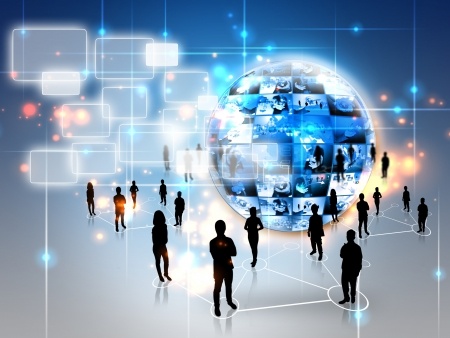